If you are a developer, you have had to set up your development environment for any of your projects. Database, application server, index, and so on. That might go smoothly… or not. If the first applies, CONGRATULATIONS! And get to work ;) but if not, then welcome to the non-smooth environment setup problem. Even worse, what if you need to have different environments for different projects (e.g. database versions)? And what if you need to reset one, but keep the others untouched?

Yes, you might argue with me here but believe me, setting up the development environment does not always go as smooth as you wish. Why? There are several reasons: outdated documentation, cross platform compatibility (e.g. “works on my Macbook”), etc.

Let me add another point here, what if we would like to have a development environment as close to the production environment as possible? For example:

Yes, this might get tricky to setup and you might need to download a lot of programs and run a lot of scripts. What if we could achieve that with a single command? How cool would that be? That is one of the key capabilities of our “channel suite CDK” - support the developers and then, support them even more.

Let me explain to you what the CDK (channel suite Development Kit) is. It is a command line tool, based on NodeJS, able to delegate commands to registered plugins. There are two kinds of plugins: environment and scaffolding (today we will only cover the first one). The environment plugin is the one that takes care of the development environment. You can have as many plugins registered as you want, so, for example, you might configure different environment plugins for each of your projects.

And now comes the key concept: this plugin uses Docker to set up all the containers that you need. 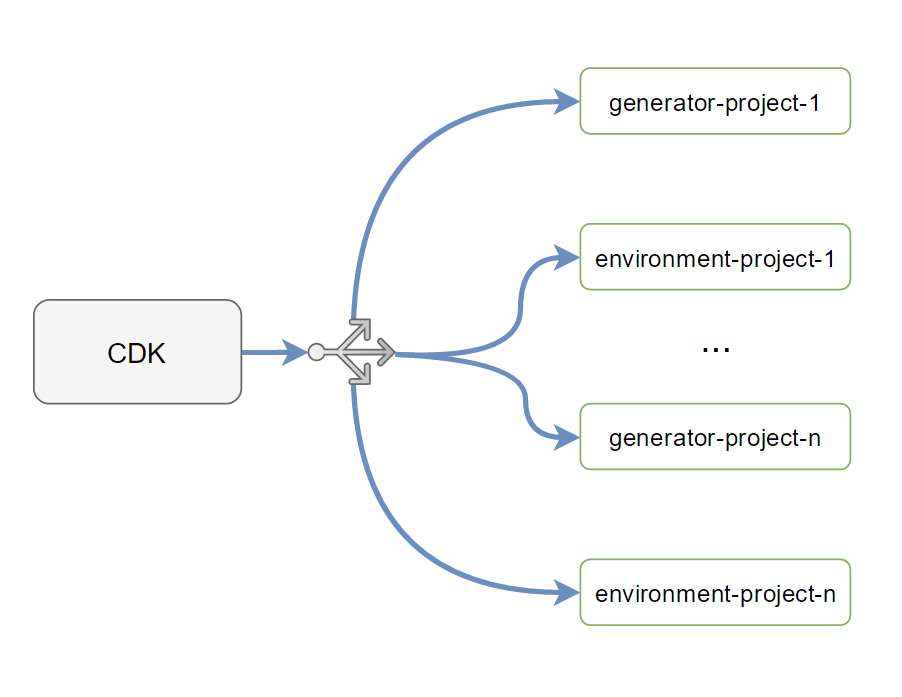 Coming back to our environment example (reverse proxy + Nginx server + cms + REST + data bases) - how many servers do you need to install and configure locally? And without impacting the other environments, that’s not an easy task. Here is where the CDK supports you and, using Docker, will set up this environment for you. 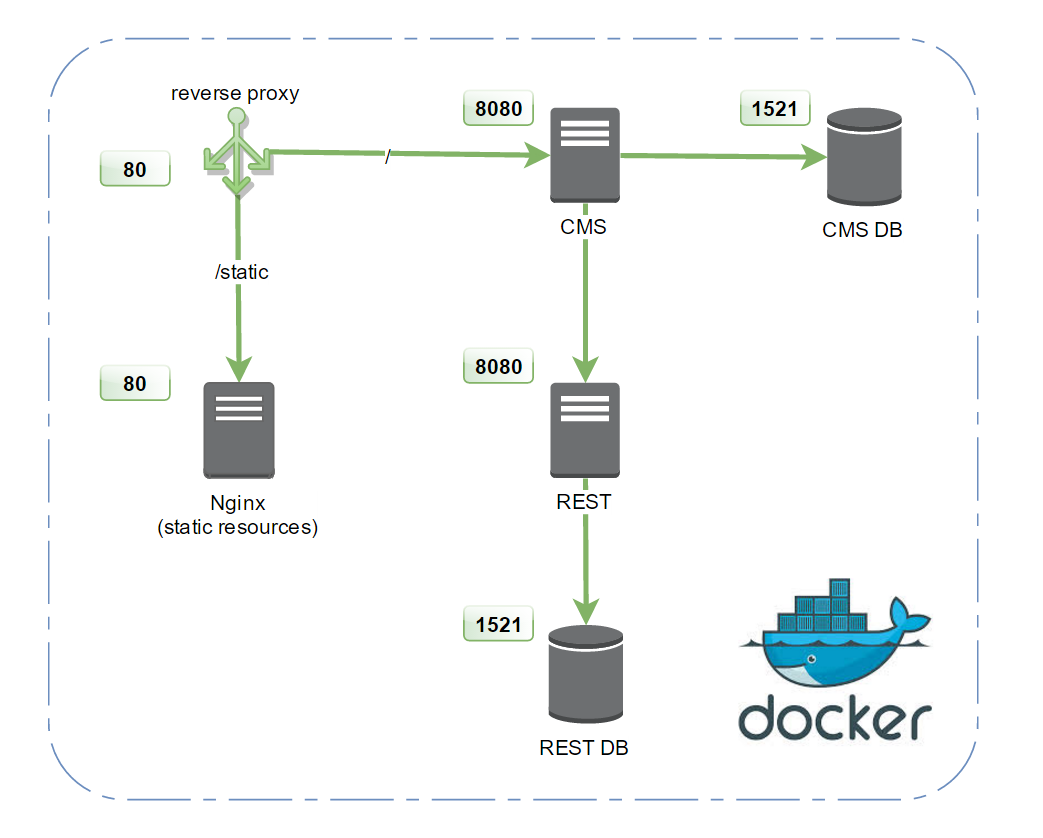 As displayed in the picture, Docker (more precisely docker-compose) takes care of connecting your servers and opening the desired ports (80, 8080, 1521, etc.).

If you are not really into Docker, let me put it this way: Docker enables you to configure “containers”, one for each server, using the command line -- and the startup time is almost neglectable. I encourage you to read more about Docker if you haven’t done so yet. So you too can have a pre-configured development environment and start it up in a few seconds. Imagine that you join a new project and all you need to do to set up your environment is to run

and behind the scenes the CDK does all the work for you:

But that’s not all. The CDK additionally abstracts some Docker commands to make life easier for the developer. For example this command (for windows):

is the same as

It is as simple as that, the environment plugin contains a set of commands to administrate your local servers (aka Docker containers) in an easy way. Apart from that, it contains the scripts needed to configure them (aka Docker image files).

To sum up, the CDK has been developed to support you (if you are a developer) and you as well (if you work with developers) as they will be happier and will hopefully accept your requirements, … or maybe not ;)

So. We have private clouds, public clouds and hybrid clouds. And now there’s even the multi‑cloud. Why? And what’s the difference?

find more information
To get digitalization right, you need the right products

Products // What is it that sets groundbreaking digitalization products apart? There are three key aspects: openness, modularity, and innovation. These three elements need to work together in harmony to create powerful products that can withstand the challenges of the accelerating speed of igitalization and changes in the market.