The challenges presented by digitalisation have become a central and essential component in many companies’ strategies. The typical process looks much like this: Company strategies define strategic goals in order to derive a plan of measures aimed at preparing the company for the digital age. An extensive research process is completed before formulating the strategy. This process analyses the current market environment and draws future predictions from this.

Goals are then defined on this basis and supported with projects and activities. The result of these efforts is a fixed plan with which the measures required to achieve the goals are ticked off. The success of the strategy is then measured in the form of KPIs

or, ideally, a balanced scorecard. While the strategy’s development is re-examined each year during reviews, it is not scrutinised in depth at any further point.

This process is a perfect fit for commercial environments that are largely static. But as a result of digitalisation, companies are frequently finding themselves confronted with highly dynamic situations. Everything is suddenly in flux, from the market environment and customers’ needs to the company’s own skills. This is the challenge that the strategy process has to face. It calls for new approaches, particularly if a company has recognised the need to transform its business model but isn’t certain what this will look like yet.

Generating knowledge and using it to influence the strategy

During this type of transformation process, it is essential to reflect on new learning and continually feed it into the strategy (see graphic above). Let’s say, for instance, that a bank launches a new strategic service. This might be a customer portal, a robo-advisor, a crowdfunding platform, or an SME portal. Expectations relating to the service’s use and cost effectiveness are often disappointed. One key reason for this is usually that the assumptions made ahead of time turn out to be wrong or that the services didn’t meet customers’ current needs.

The company now has to find out exactly what its customers need or expect. The SME portal, for example, then has to be adapted until users are satisfied and its use is satisfactory. In the course of this process, the bank has generated a great deal of knowledge about its customers’ actual needs.

However, this knowledge also needs to be fed into its strategy. In doing so, the knowledge should be refined in such a way that other services benefit from it as well. The strategy can thus be adjusted to learning and newly acquired knowledge on an ongoing basis. But one key element remains the same in all of this: the vision. This is where the company defines what it stands for and where it wants to go.

To put it in metaphorical terms, the goal may be clear, but the journey there leads through unknown territory. Some paths may appear to be well paved at first glance, and it’s easy to make progress on them, but they don’t lead to the goal – instead, they take you farther and farther away. In such situations, you sometimes need to turn back or leave the familiar path. Slowly you get to know the terrain better and better, and get to grips with it over time. The right path only becomes apparent as time passes and through the experiences you gain from mistakes and failures.

In project work, Agile project methodologies, such as Scrum, are used to pursue a similar goal. With each iteration, the project becomes «smarter», and the newly generated knowledge feeds back into the project. Ultimately the project’s outcome may differ significantly from the initiative that was originally planned. But the one thing that matters is achieving the vision.

Even though the conventional strategy process has proven effective for many companies in past decades, the future lies elsewhere. The technological transformation is progressing rapidly due to digitalisation. New business models are developing and placing existing ones under pressure. Companies that want to continue to be successful in future therefore need to make the change to more flexible approaches to strategy formulation. These approaches call for a clear shift towards a company culture that permits learning from mistakes. 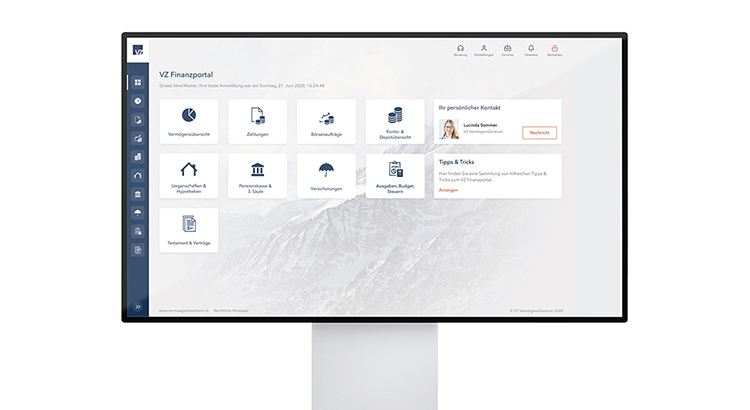 e-banking // VZ has always scored top marks for its huge innovative capacity. One key reason for this is our openness towards third-party solutions. So in order to digitalize our ideas and re-launch our successful VZ finance portal, we decided to team up with ti&m.

Digital banking // A new e-banking solution, a newly developed trading platform, and digital onboarding: In its role as technology partner, ti&m has overhauled the digital services offered by VZ VermögensZentrum. The result is a user-friendly banking experience suitable for all requirements, without any media disruption. 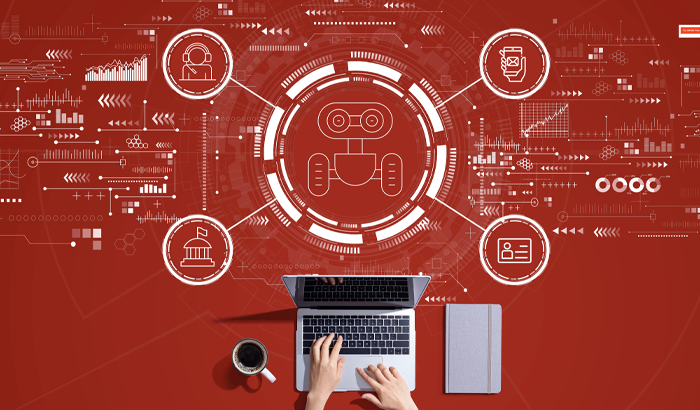 “Thanks to RPA, employees have more time for the really important work”

Robotic Process Automation // ti&m has enjoyed a long partnership with UiPath, a global leader in robotic process automation (RPA) and artificial intelligence (AI) solutions. In this interview, Ovidiu Naicu, Switzerland Director of UiPath, explains why hackathons offer new innovation approaches for automation, and why they might be of interest to the public sector.